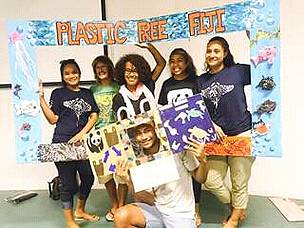 Volunteers raising awareness on the water crisis many are facing
© WWF-Pacific Volunteers
More than fifty people converged for a movie screening held at the USP marine campus lecture theatre.

The screening of "Blue Gold: World Water Wars" which explores the struggle of the right to water and the crisis faced globally as a result was well received by those present.

For biology student, Mr. Jone Lovo, the movie had its own share of sad and learning moments. "Something that I learnt is that we don't have to fight water crisis but the underlying issues behind it", the Laqere resident stated.

Environment science graduate, Ms Lynn Vuli shared that water is an important resource and people should be more conservative in their efforts in storing and using water. "As youths, efforts in addressing the water crisis must start at home" the Matuku lad said.

Hosted by the WWF Pacific Volunteers Programme, the movie night event serves as a fundraiser for the group upcoming activities. President Ms Selai Vakaloloma said she was overwhelmed with the turnout and thanked all those that were present.

"First of all, I would like to thank the committee, volunteers and not forgetting the support staff for putting the event together", the 26 year old said.

Judging by the success of the night, she shared that the movie itself was an eye-opener. "I am quite impressed and it would be great to have another one (film screening)", she added.

The programme also received an overwhelming response by those interested in joining the programme during the event. 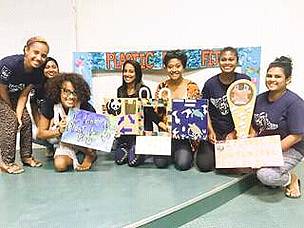 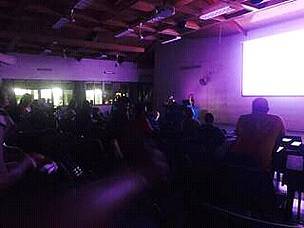 The screening of "Blue Gold: World Water Wars" which explores the struggle of the right to water and the crisis faced globally
© WWF-Pacific Volunteers Enlarge
Like this article?