Protecting Turtles in the Pacific (Part 1) 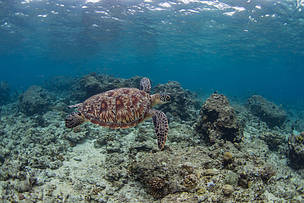 A Green Turtle (Chelonia mydas) is swimming on the botom of the ocean in Bunaken National Park, Bunaken, Sulawesi, Indonesia.
© © WWF / Vincent Kneefel

What is the future of the ancient and beautiful sea turtles in the Pacific?

We talk to WWF Pacific’s Laitia Tamata, WWF-Pacific's Coastal Fisheries officer and Duncan Williams, WWF Pacific's Programme Manager Sustainable Fisheries & Seafood programme, around what measures are being taken by Fiji and the Pacific for further protection of these creatures.

“Fiji reviewed its 2020 to 2025 Sea Turtle recovery plan toward the endof last year,” says Tamata. In December 2019 key stakeholders met and finalized a draft plan together with the Ministry of Fisheries”

In 1995 SPREP (Secretariat of the Pacific Regional Environment Programme) decided to host the International Year of Sea Turtles in Fiji which is when the Fiji government banned the harvesting and the sales of sea turtles for one whole year which was the first actual moratorium for Fiji.

The last and also fourth moratorium was in place from 2008 to December 2018.

Tamata says that although there is no moratorium, the protection and management of sea turtles for Fiji is covered under the Offshore Fisheries Management Act (OFMA) and the Endangered and Protected Species Act (EPS) which deals with all species that are managed under the Convention on International Trade in Endangered Species of Wild Fauna and Flora (CITES).

Unlike the turtle moratorium which allows for exemptions for turtle harvesting on specific occasions usually for traditional purposes. under OFMA this there is no such provision. Hence there is a complete ban on harvesting sea turtles.

There are 7 main species of turtles of which five are found in the Pacific.

The Green Turtles and the Loggerhead Turtles which are common in Fiji are on the IUCN (International Union for Conservation of Nature) red list in which their status are endangered and the other three – the Hawksbill and Leatherback Turtles are critically endangered.

There are several continued threats to sea turtles in the Pacific, from overharvesting, illegal trade through to traditional harvesting and climate change.

Duncan Williams says that some of the key threats to sea turtles generally are habitat destruction and lesser known but significant driver of sea turtle decline apart from directed target harvest also comes from bycatch in the fisheries. In the Pacific that’s a huge issue for sea turtle conservationists, ensuring we adjust those drivers.

“Turtles are known as a traditional icon to most of the South Pacific islanders,” says Tamata. “They are linked to identity and culture so in most of the traditional functions, seas turtle consumption is regarded as a highly respectable feast.”

But nowadays the harvesting has declined somewhat because most of the governments have signed on to CITES and CMS (Conservation of Migratory Species) and there is growing awareness that the sea turtle numbers are going down and need to be conserved.

In the eighties, there was a high market for the sale of sea turtles in Fiji and other South Pacific countries. This led to controversy between turtles been used traditionally and the need to conserve.

So that is one of the foremost challenges.

The basic life cycle of sea turtles and how long it takes for them to mature, which is 30 to 50 years, contributes to the challenges that the Pacific faces in order to conserve them. 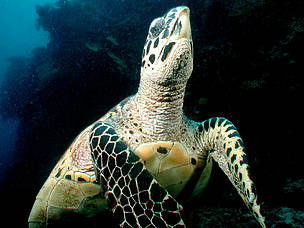 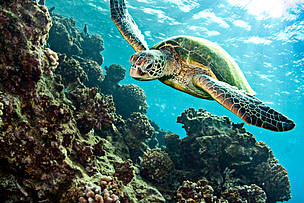 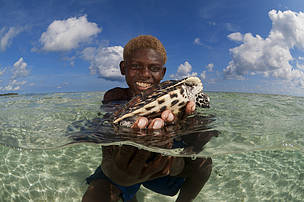