The New Face Of The Plastics Crisis | WWF

The New Face Of The Plastics Crisis 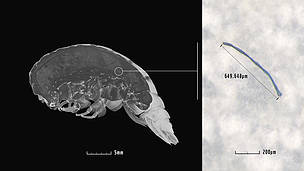 MicroCT scan on E.plasticus
© WWF-Germany
Research has uncovered the presence of plastic in a new species of deep-sea amphipods which has been discovered in one of the deepest places on earth.

The amphipod - known in informal speech as a “hopper” - was discovered by researchers from Newcastle University in the Pacific Ocean’s Mariana Trench between Japan and the Philippines. The researchers officially named  the species Eurythenes plasticus’ in reference to the plastic it has ingested. In its body was polyethylene terephthalate (PET), a substance found in a variety of commonly used household items such as water bottles and workout clothes.  The research was supported by WWF and published in the renowned scientific journal Zootaxa.

Heike Vesper, Director of the Marine Programme at WWF Germany, said: “The newly discovered species Eurythenes plasticus shows us how far-reaching the consequences of our inadequate handling of plastic waste truly is. There are species living in the deepest, most remote places on earth which have already ingested plastic before they are even known about by humankind. Plastics are in the air that we breathe, in the water that we drink and now also in animals that live far away from human civilization.”

Dr. Alan Jamieson, head of the research mission at Newcastle University, UK, said: “We decided on the name Eurythenes plasticus as we wanted to highlight the fact that we need to take immediate action to stop the deluge of plastic waste into our oceans”, said Jamieson.

Before our plastic waste finds its way into the bodies of marine animals, it often undergoes a long journey. A journey, not uncommonly starting in industrial nations. Research has estimated that there are about 2481 billion pieces of plastics in the Pacific Ocean, 80% of which originating from land-based sources outside of the Pacific region, and this number is expected to increase every year with business as usual. (Refer to attached map).

Plastic waste exports frequently end up in Southeast Asia, where waste management is often insufficient or non-existent. Because most of the plastic waste cannot be recycled, it will often get burned or dumped at repositories instead. From there it finds its way into rivers and, ultimately, into the ocean. Once in the water, plastic waste breaks apart into micro plastics and spreads through the ocean where it is ingested by marine animals such as E. Plasticus.

Pacific Island Leaders, at the leaders’ summit in Tuvalu, in 2019, had agreed to support the development of a global treaty to holistically address marine plastic pollution, pursuant to the Pacific Marine Litter Action Plan 2018 to 2025.

WWF-Pacific’s Great Sea Reef Programme Manager, Alfred Ralifo said, “WWF-Pacific is willing to work with all Pacific Island Countries and other stakeholders to implement this regional action plan and also provide support towards development of a new global treaty”.

“Despite growing evidence that plastic pollutants has infiltrated all ecosystems on this planet, there is still hope to stop further entry of plastics and micro-plastics into our marine ecosystems if we work together with all stakeholders towards a circular economy, and reviving traditional knowledge and practices that are more sustainable, environmentally friendly and cheaper than plastics.

“Not every specimen of the new species E. plasticus has been found to contain plastics. Hence, there is still hope that many more E. plasticus specimens will be plastic-free and will alert the public in name only to the extent of the world’s marine plastic pollution. To help protect marine animals and their natural habitats, we are asking stakeholders here in the Pacific, including our Governments through their relevant ministries and the private sector to work towards an international, legally binding treaty to end marine plastic pollution,” Ralifo added.

Every minute of every day at least one truck load of plastic waste enters our oceans. In order to end this tremendous onslaught of plastic waste, WWF has launched a worldwide petition, which has been signed by more than 1.6 million people across the world.

At www.stop-ocean-plastic.org  supporters can call on their governments to commit to working towards an international, legally binding treaty. 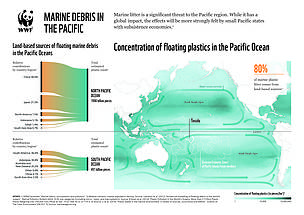 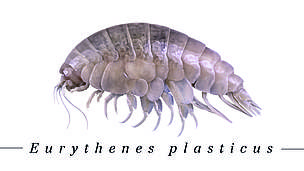