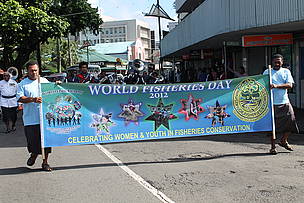 The march along Victoria Parade started from Sukuna Park at 9am and ended at the Suva Foreshore Area near the Bowling Club an hour later
© WWF-South Pacific
Main Street Suva took on a celebratory mood this week as women and youth fisheries resource users from around Fiji marched to celebrate World Fisheries Day.

World Fisheries Day is celebrated annually on November 21 to raise awareness on the importance of protecting the world’s fisheries and to seek solutions to problems such as overfishing, pollution, mismanagement of natural resources among others.

The theme this year ‘Celebrating Women and Youth in Fisheries Conservation’ acknowledges the crucial role the two segments of the population can potentially contribute towards the sustainable management of fisheries resources.

Women and youths dominate subsistence fisheries that provide food security for thousands of Pacific islanders, playing a vital role in the proper functioning of these societies.

However they are often considered invisible, with their efforts not well reflected in national accounts. They are also not well integrated into the decision making processes that affect resource management although they are heavily involved in sustainable fisheries and their knowledge can augment modern science to provide the basis for effective resource management.

Sustainable Coastal Resource Use Management Co-ordinator Akisi Bolabola said: “It’s a timely theme because recognition is given to women and youth who have contributed a lot to community conservation, ensuring there is sustainability in terms of subsistence livelihood and income generation.”

WWF South Pacific joined the Ministry of Fisheries and Forests, and other conservation NGO’s in the march and the setup of displays of fisheries projects at the Suva Foreshore grounds, next to the Suva Bowling Club.

In launching World Fisheries Day, Minister for Youth and Sport Commander Viliame Naupoto said that women are natural conservationists and in being so perform a selfless act of conserving natural resources that can be enjoyed by future generations.

Ceremonies featured women and youth running fisheries projects around the country including fish farms and value adding of fisheries products.

WWF South Pacific Fisheries Policy Officer Seremaia Tuqiri said: “The experiences shared by representatives from the youth groups and women’s organisations showed the potential and their ability to be able to develop and sustainably manage their resources and they should be given all the encouragement and support.”

Group leader Vasemaca Balolo and a team of youth from Vunisei settlement, also in Savusavu, shared their experiences with working with this fisheries resource.

Women of Mau in the province of Namosi convert seaweed grown in the village lagoon into jams and a juice that acts as a detoxifying agent. This value adding process allows them to fetch a higher income compared to simply selling dried seaweed.

Latileta Kulavere summed up the common thread of appreciation women have for fisheries. 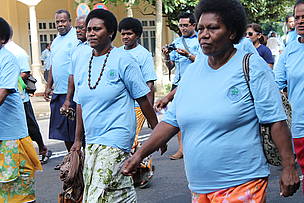 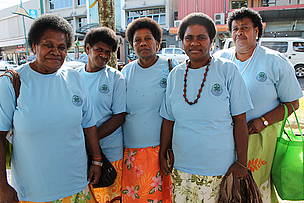 In 2011, the women of Dakuivuna village in the province of Tailevu in Fiji setup up their tilapia fish farm. Since then they have harvested and enjoyed the benefits of an extra source of income. They said natural resources are our friend - "We protect and conserve them then they will also look after us!"
© WWF-South Pacific Enlarge 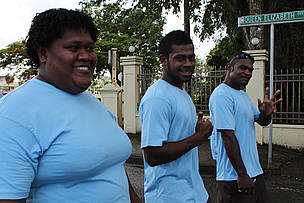 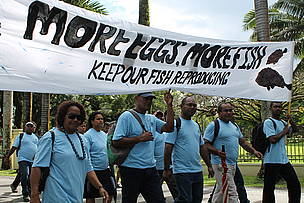 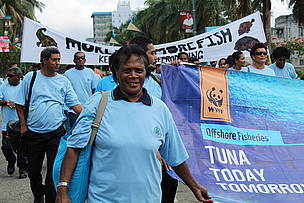 Kasanita Logomosi, from WWF South Pacific, hails from Ra province where a significant portion of the population depend on fisheries resources for their livelihoods.
© WWF-South Pacific Enlarge 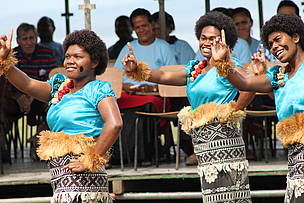 Cultural entertainment from the Ministry of Youth meke band. Young women, are the key labour force in subsistence fisheries and have valuable knowledge that can usefully augment modern science in forming a basis for Sustainable Fisheries Management.
© WWF-South Pacific Enlarge
Like this article?